The prostate is a walnut-sized gland in men that produces fluid that is a component of semen. The gland has two or more lobes-or sections-enclosed by an outer layer of tissue. Located in front of the rectum and just below the bladder, where urine is stored, the prostate surrounds the urethra, which is the canal through which urine passes out of the body.

Sometimes, different prostate problems have similar symptoms. For example, one man with prostatitis and another with BPH may both have a frequent, urgent need to urinate. Other men with BPH may have different symptoms. For example, one man may have trouble beginning a stream of urine, while another may have to get up to go to the bathroom frequently at night. A man in the early stages of prostate cancer may have no symptoms at all. This confusing array of symptoms makes a thorough medical examination and testing very important. Diagnosing the problem may require a series of tests.

It is important to discuss any waterwork symptoms. Consider your concerns and try to give as many details about the problem as you can, including when it began and how often it occurs. Important symptoms include recurrent urinary tract infections or symptoms such as pain after ejaculation or during urination, sudden strong urges to urinate, or hesitancy and a weak urine stream. You should consider the medicines you take, both prescription medicines and those you can buy over the counter, because they might be part of the problem. You should also think about how much fluid you typically drink each day, whether you use caffeine or alcohol, and whether your urine has an unusual colour or odour. In addition it is important to consider your general medical history, including any major illnesses or surgeries.

Other typical questions are as follows:

Over the past month or so, how often have you had to urinate again in less than 2 hours?

Over the past month, from the time you went to bed at night until the time you got up in the morning, how many times a night did you typically get up to urinate?

Over the past month or so, how often have you had a sensation of not emptying your bladder completely after you finished urinating?

Over the past month or so, how often have you had a weak urinary stream?

Over the past month or so, how often have you had to push or strain to begin urinating?

Your answers to these questions may help identify the problem or determine what tests are needed. You can also complete a symptom score evaluation that can be used as a baseline to see how effective later treatments are at relieving your symptoms. 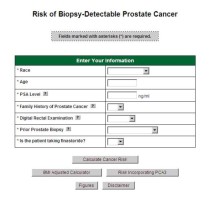 Active surveillance
where the state of the cancer is closely observed and treatment started only when, or if, necessary
activesurveillance.pdf
Adobe Acrobat document [113.6 KB]